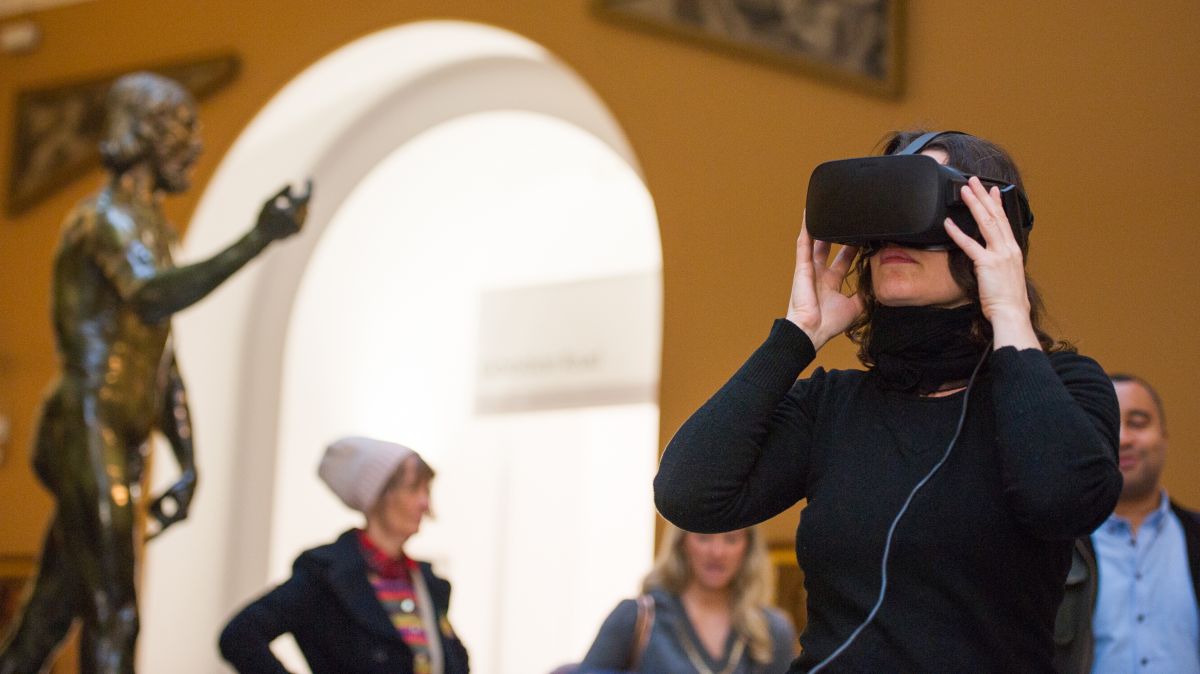 Virtual reality is the technology of the moment. Since Oculus first appeared on the scene in 2012, the market has filled with VR headsets and visors on an immense – and perhaps unjustified – wave of hype.

Whether you’re looking to play VR video games, watch 360-degree documentaries, or just watch films really close up (for some reason), there are now a host of hardware options you can buy: the Oculus Go, HTC Vive, Samsung HMD Odyssey, and Google Daydream, to name but a few.

However, sales of headsets and other VR kit have yet to match the initial hype, and there are plenty of reasons for this: the high costs of developing new hardware, and issues around motion sickness and eye strain and the huge number of headsets now competing for space rightly making consumers wary.

But it isn’t just the hardware that’s the issue; audiences themselves simply might not be prepared well enough for widespread adoption. VR is a new medium, and one that both developers and audiences alike are still attempting to figure out and get used to.

One area where it’s hoped VR will be a transformative technology is the culture industry, where it’s being used to engage theater audiences and museum visitors beyond the usual technology circuit. TechRadar sat down with key figures at the UK’s leading art institutions to see what they thought was holding the medium back – and what they’re doing to change things.

When talking about VR hardware, it’s easy to focus on the new specs and processors being touted by its manufacturers, rather than the experiences that users of the tech are – or aren’t – having on the ground.

Relatively few people own their own VR rig, and anyone other than a dedicated tech enthusiast is reliant on experience providers to try out the latest and best technology without stumping up a serious amount of cash. Traditional bars and pubs are cottoning on to this, and VR arcades are becoming an increasingly lucrative way to pull in crowds.

Toby Coffey heads up the Immersive Storytelling Studio with the National Theatre, which is something of a trailblazer when it comes to new virtual and mixed reality technologies, as evidenced by its adoption of AR smart glasses for subtitled theatre performances.

For Coffey, public institutions have a crucial role to play in VR adoption – especially the theatre, where the immersive and spatial nature of the form provides a direct parallel to how users experience virtual reality.

The National Theatre’s latest VR project is Draw Me Close, a joint production with the National Film Board of Canada, which recently had a run of previews at London’s Young Vic Theatre.

Draw Me Close is effectively a hybrid performance piece, experienced simultaneously on-stage and in VR. Audience members watch a 20-minute animated film in an Oculus headset, all while navigating a purpose-built set with live actors and props that exist both on- and off-screen.

Walking through a VR simulation with real physical interaction – opening real doors, shutting windows, and being hugged or held by live actors – manages to make characters and objects viewed through a visor feel close and familiar, creating a sense of intimacy and connection amid the isolated nature of virtual experiences.

Draw Me Close is a demonstration of VR’s potential to create emotional connections for users, something that’s often overlooked in a conversation largely concerned with pixel counts and graphics processing performance – important specs for fledgling hardware, but not the deciding factor for members of the public engaging with VR for the first time.

And for many people, a VR-theater piece is going to be the most accessible way of trying out the technology for themselves.

“If you look at the gaming industry, one of the big reasons it’s a multi-billion pound industry is because video game arcades existed in the 80s,” says Coffey. “It was a sort of intervention to get the technology in front of mass audiences.

“Public venues are the most important destination for the VR market, because we need to go to audiences first, before we put products on shelves and expect people to buy them.”

The Victoria & Albert Museum is another British cultural institution that’s looking to incorporate VR into its exhibitions, promoting a growing awareness and understanding of the technology among its millions of annual visitors, while ensuring the museum remains relevant for today’s digital mediums.

One of its recent initiatives was Pigment Channel, a VR installation looking at the place of fashion, couture, and physical materials in an age of digital design processes. Despite lasting only a few minutes in VR, the installation was the result of months of development using the Unreal Engine: a games physics engine best known for powering the likes of Fortnite and Sea of Thieves.

When we spoke to artist Patrick Morgan and his collaborator Simon Fenton, Head of Games at the visual effects academy Escape Studios, they stressed the physical roadblocks still facing artists, trying to create in VR, obstacles that by extension limit the experiences available to end users.

“VR’s still in early days”, says Fenton. “Health and safety does come into it too: you can’t sit there all day with that thing on and create. It’ll make you feel sick.

“The industry’s trying to get to the point where we can paint using VR, but there’s this natural human limit we’re still coming up against.”

Morgan reports getting “the shakes” the first few times he tried painting in VR, for up to 12 hours at a time: way beyond the recommended 15-minute play sessions you’re advised to limit yourself to with something like PlayStation VR. And it’s clear the “human limit” artists come up against is also the limit of a technology that’s still being calibrated for the comfort of its users.

But Morgan is also adamant that VR is where all creative industries are going: “I was working in concrete two years, and now I’m in VR – because of relevance,” he says. “You go to the V&A and say you’re working in concrete, they say, ‘that’s already been done’. But if you’re doing something in VR, they’re interested. It’s what new, what’s relevant.”

Morgan envisages a future where designers are largely working in VR, overhauling the traditional working processes of corporate and creative industries – even if there’s a lot of resistance along the way.

“Couture houses for example are very resistant to tech,” Morgan says. “In a few years you could see a couture dress being made entirely in VR – but you’ll lose all your seamstresses. There are a lot of people who’ll lose their roles within business.”

And for creatives to accept the role of VR in their industries, perhaps they need to be the ones at the forefront of that change.

Managing realistic expectations is something the technology industry often struggles with. Hype is often self-fulfilling, after all – hype can get a product more investment, more support from retailers, and attract more prospective buyers aware of what you’re attempting to sell to them.

But if we view VR as a new cultural medium, rather than just a range of head-mounted displays, we may be able to give it the room and support to grow beyond its currently limited applications and slow-growing install base.

The National Theatre’s Coffey recalls comments by an Oculus employee comparing current VR tech to the early stages of film:

“He thought we were in the 8mm stage of film, in terms of VR – but I always thought we were much earlier than that. We may not even be at the 8mm stage now. We’re still developing things like eye-tracking, or emotionally responsive film [where AI analyzes your facial expression to alter the content being shown]. So much beautiful complexity has yet to be brought to the technology that would allow it to do new things.

“People keep asking, what do you think will be here? We don’t know, but we’ll keep working on finding out.”

2019 has already laid witness to the largest data breach on record. Collection #1 revealed 773 million email addresses had been breached, along with some 21 million passwords. Access to… 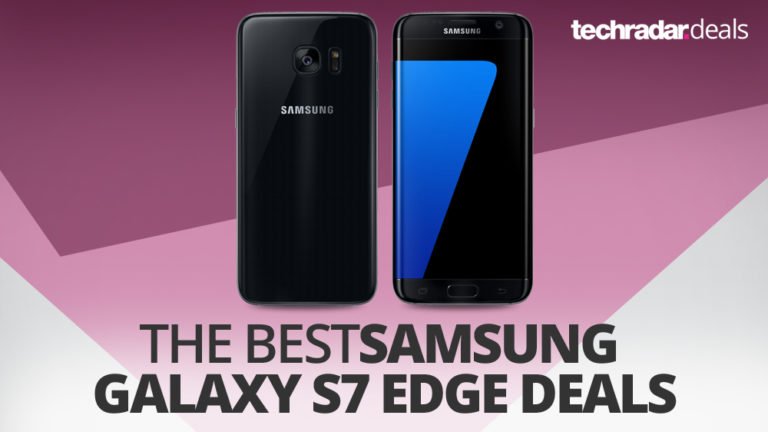 With all the Huawei P30 Pro hype we’ve seen this week, it’s been easy to forget about all of the other brilliant Huawei phone deals out there. Well we certainly…