Google has introduced Stadia, its streaming game platform that will let you play graphics-intensive mainstream games from within a Chrome browser window using a basic internet connection, no hardcore hardware needed. These are big claims, but if Google can pull it off, Stadia could change the gaming landscape.

Here’s why it might take a chomp out of the marketshare from the upcoming PlayStation 5 and Xbox Two.

First up: we know very little about either next-generation console… not even their release dates. Some rumors have suggested a PS5 could be coming some time in 2019, others say we won’t get it ‘til 2021. Yet more rumors about the Xbox Two consoles (plural!) have them coming possibly in 2019 but likely 2020, though news has been thinner about Microsoft’s consoles.

In other words, they’re coming so soon that it’s doubtful that either Sony or Microsoft could make dramatic changes to their consoles in response to Stadia before their release – the trains have left the station. But it’s unlikely that they’ll come out before Google’s platform launches, which the company officially announced would be some time in 2019.

Let’s start with the stakes. Google Stadia runs entirely off of company servers – players simply have to open up a Chrome browser window, load up the service, pass a connection test (Google requires a streaming rate of 15Mbps, latency below 40ms, and data loss below 5%), and they can play anything in Stadia’s catalogue. So far as we know, there aren’t any other requirements.

On stage, Google demonstrated playing the graphics-intensive game Assassin’s Creed: Odyssey through Stadia on low-specced computers and a Pixel tablet. Hardware doesn’t seem to be holding the platform back, and Google claims it will work on a wide array of desktops, laptops and devices – as well as use a plethora of existing controllers, keyboards and peripherals.

Google’s service was effectively demoed as Project Stream, which wrapped up in January after a public beta had players streaming Assassin’s Creed on everyday machines. Assuming all the broad components of Stadia work as advertised, the PS5 and Xbox Two consoles may have serious competition when they launch – and might even look a bit old-fashioned.

Leaving the console behind

“The future of gaming is not a box,” as Stadia’s official page boldly proclaims. This is a very clear shot across the bow of Sony, Microsoft and Nintendo, which have dictated progression through generational consoles.

Instead, Stadia will operate on Google servers packed with custom GPUs built in partnership with AMD that aim to deliver 10.7 teraflops of power (compare that to the 4.2 teraflops of the mid-generation PS4 Pro or 6 of the Xbox One X). Players with a basic internet connection will be able to play on what will, presumably, be a very wide range of devices, many of which players already own. All they have to do is run Chrome.

In short, Google is handling the march of progress for game tech – all you have to do is sign up for Stadia. Sure, we don’t know how much it’ll cost (are there sign-up fees? Subscription dues? Price per game?), but it would have to be a seriously expensive service to out-price a next-generation console. Again, we don’t know how much the PS5 or either of the rumored Xbox Two consoles will cost, but seeing as the Xbox One was priced at US$499/£429/AU$599 at launch back in 2013, we’re assuming the next ones will be pricier.

Tack on extra peripherals and/or services like the $10-per-month Xbox Game Pass and console gaming could face a lot of competition so long as Stadia is priced right.

Google is audaciously claiming that players will get a norm of 4K resolution at 60fps on Stadia, which will eventually climb to 8K and over 120fps. Doom Eternal will be one of the first games on the service, and id CEO Marty Stratton said on Google’s stage that the Stadia version of the game will support 4K/HDR/60fps. How?

Because Google, really. The company runs the servers where games are rendered, eliminating intermediate steps, which means the only thing that changes from player to player is latency. The experience is standardized.

Which means… well, a lot of things. Google can integrate a lot of its services directly into the experience, which we saw demonstrated at the Stadia announcement. Stuck in-game? Ask Google Assistant for help. Watching a streamer play a game on YouTube? Join that game with a button press. Friend stuck? Join their game by clicking a link. This is streamlined even further by the proprietary controller, which has buttons dedicated to each of these perks.

There’s a lot of integration and optimization that consoles won’t have. Their big advantage, of course, is local processing, which is a feather in their cap to appeal to players in areas without robust internet. But given the intermediate steps Stadia eliminates, this may not be as much an obstacle as we’d expect. We’ll have to see how much connectivity players need to make the most out of Stadia.

It’s not like console makers have ignored streaming game platforms, obviously: one rumor has the first Xbox Two console, codenamed Lockhart, as a cheaper disc-less console that streams games from the cloud. It’s Google’s infrastructure advantages that might make the difference in this fight.

Co-op so easy, it should be required

“Stadia will, of course, embrace full cross-platform play,” said Google’s Phil Harrison during the platform’s announcement. The prospect of cross-play has been so contentious that only enormously successful games like Fortnite have had the clout to more or less force cross-platform play.

But it’s not just playing with your friends – Stadia enables developers to let players bring over their game saves and progression. This is a bigger deal than just storing your progress on one company or platform’s cloud: it’s obnoxious to have made a lot of progress in the PC version of a game and buy it again elsewhere (like, say, the Nintendo Switch), only to have to start all over.

The death of couch co-op is another popular lament, and some developers have stated that performance suffers with local co-op in today’s high-performing games. Of course, when you have hundreds of server-side GPUs rendering your game, this is a thing of the past, and those developing exclusively for Stadia should expect zero performance dips during couch co-op. How does local console processing compete with that?

On stage, Google showed off a cool trick for Stadia: using machine learning, the platform lets developers feed an image into a game engine, which applies a matching art style to the visual landscape of whatever game the developer is building. That’s cool, and shows off artistic applications of Stadia’s (and Google’s) processing muscle.

It’s unclear how many more toys Google will provide developers to incentivize them to build on its streaming platform, but one thing we can predict: developers won’t have to fret over a lot of the downsides of digital gaming, like downloading patches or players with different versions of games. Just update on the server, and everyone plays the same edition. It’s hard to imagine next-gen consoles achieving that kind of game version parity.

There’s another advantage developers have for working on Stadia, and it involves State Play, a feature that lets anyone click a link to immediately load up an instance of a game with a particular world, player-character and item state. “Can you get yourself out of this sticky situation?” the on-stage demo suggested.

But think about what else a developer, especially smaller ones, might do with that feature. Players can send dev teams their favorite moments, and the dev teams can rebroadcast those moments on social media. Sure, players can use ‘share’ buttons on PS4 and Xbox One to broadcast screenshots and clips, but who knows if next-gen consoles will have pathways letting players and developers jump into each others’ game-states by something as easy as clicking a hyperlink?

This might be the cheapest shot, but it bears mentioning: if you can play some of the latest games on a cheap tablet anywhere, why would you buy an expensive console that’s stuck in your home?

Google is claiming a lot with Stadia, but the platform could change how and where we play. The Nintendo Switch has cruised to record sales on its hybrid portable-home form factor. Imagine that same portability, but at a cheaper cost and not bound to a single system.

Play on your tablet while out and about and then on a bigger screen when you get home. Heck, you can even play on a huge screen linked to a Chromecast. And if you lose your device? Don’t worry – just pick up the game on another. All you need is something that runs Chrome and a decent internet connection.

This might not be a death sentence for Xbox Two and PS5; one TechRadar editor pointed out that Fortnite has attracted plenty of younger players on their phones, and some have likely invested in more established gaming as a result.

The question is whether Stadia can achieve the same experiences as the Xbox Two and PS5, or if the latter will have their own must-have features or interoperability. Who knows? Not us. We’re still in the dark about the next generation of consoles. But if they can’t justify their high cost against Google’s colossal network advantages, this could be one of (if not the) last console generations.

OnePlus is determined to be the driving force behind 5G – but that doesn’t mean you won’t be able to buy a 4G version of the OnePlus 7 in 2019…. 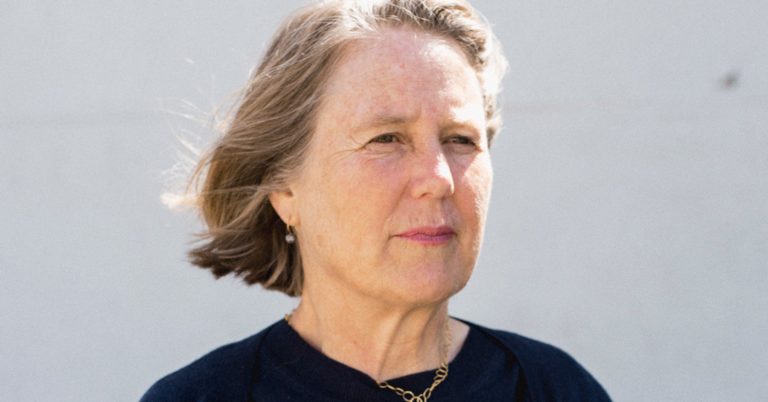 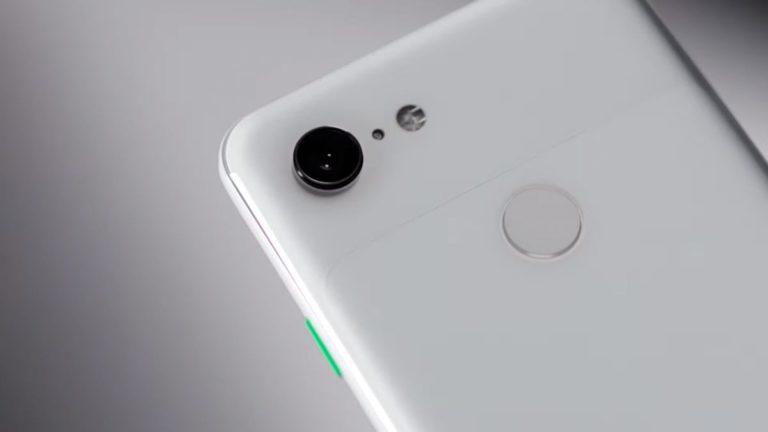 Over the last month or so we’ve heard quite a few rumors about a potential Pixel 3 Lite phone launch – a cheaper, less powerful version of Google’s flagship phone… 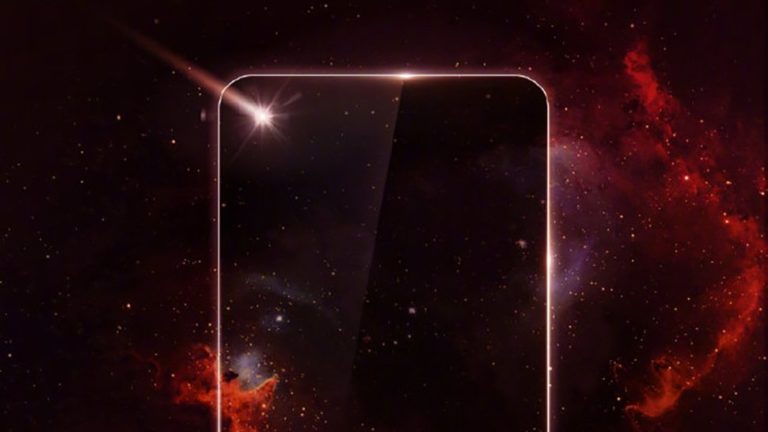 First came the notch, and we all put up with a black shape at the top of our phone screens in return for some extra room on the display. Next,…

Lenovo may very well be the first out of the gate with a laptop using Qualcomm’s Snapdragon 8cx processor, the company teased during an MWC 2019 press conference. The company… 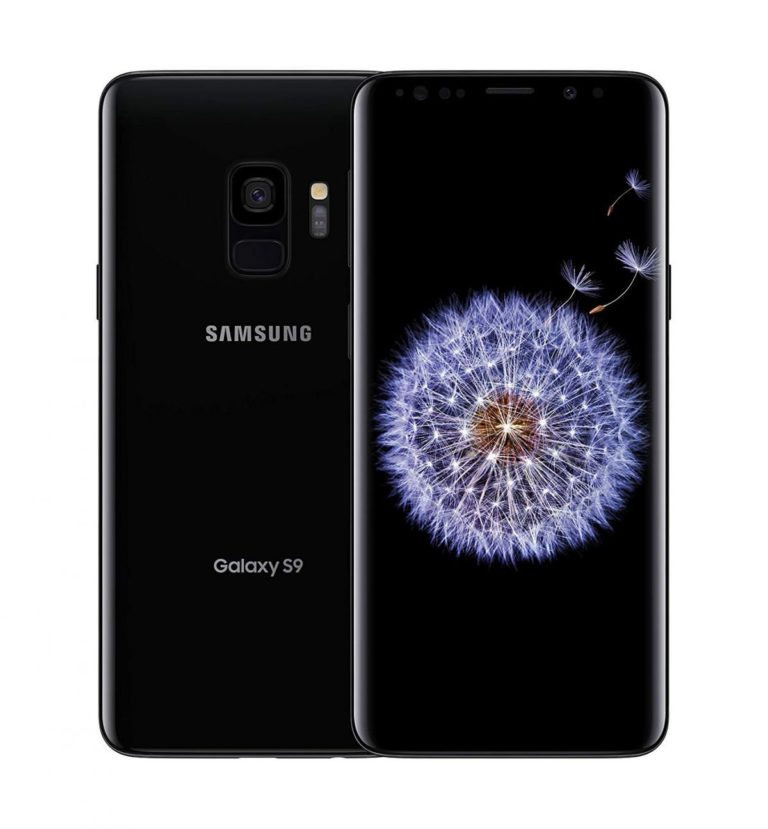 If you’ve been hunting for a deal on a leading Android smartphone, this is it. Best Buy has a deal up for a Samsung Galaxy S9 – which was released…