Xiaomi introduced its flagship smartphone Mi 9 and the Redmi Note 7 in the UAE with aggressive pricing on both the handsets to compete with the likes of Samsung and Huawei. Although Xiaomi is the fourth largest phone manufacturer in the world, it hasn’t quite had the same impact in the UAE and other Middle Eastern countries.

Xiaomi is hoping to change that with the Mi 9 which is powered by Snapdragon 855 chipset, has a triple camera setup and features 20W fast wireless charging. Also being launched in the Redmi Note 7 with a waterdrop notch and a 48MP camera  along with Snapdragon 660 chipset and 4GB RAM/64GB storage.

Mi 9 features a 6.39-inch AMOLED panel which has been sourced from Samsung. It has a Full HD+ (2340 x 1080 pixels) resolution and supports HDR playback. The phone has a 90.7% screen-to-body ratio due to the waterdrop-style notch implementation on the front. There’s a protective layer of Corning’s Gorilla Glass 6 on the front to minimize daily wear and tear.

The phone’s chassis is crafted out of 7000 series aluminum and has a layer of Gorilla Glass 5 on the rear. It is 7.6mm at its thickest point and weighs around 173 grams.

Coming to the camera, the Mi 9 sports three cameras on the back and the modules are covered in Sapphire glass for added protection. The three cameras consist of a primary 48MP camera which has a Sony IMX586 sensor with an f/1.75 aperture and quad-Bayer pixel array.

The secondary 12MP camera uses a Samsung S5K3M5 telephoto sensor which has an f/2.2 aperture and 2x optical zoom. Xiaomi has also provided a wide-angle camera which makes up the third camera of the Mi 9. It has a Sony IMX481 powered 16MP sensor with a 117-degree field of view.

DxOMark has awarded the Mi 9 with 107 points which makes it the third-best camera phone in their list, only after Huawei’s Mate 2 Pro and P20 Pro. 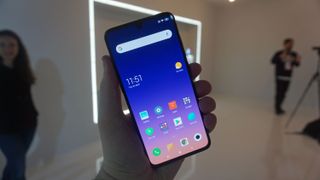 Being a Xiaomi flagship, the Mi 9 is powered by Snapdragon 855 chipset and is backed by 6GB and 128GB onboard storage.

The Mi 9 also supports face-unlock and features a fingerprint sensor that’s embedded into the display itself.

Xiaomi’s Mi 9 has a 3,300mAh battery to its disposal and it supports 27W fast charging via USB Type-C. The Quick Charge 4+ adapter is a separate accessory and the phone comes with an 18W charger in-the-box. In addition to that, the Mi 9 supports up to 20W fast wireless charging, a world’s first at that. The company has also launched a wireless charging pad alongside the phone. 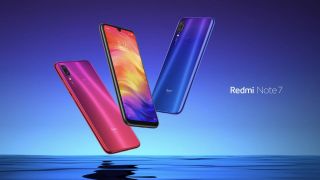 The Redmi Note 7 features a 6.3-inch Full HD+ (2340 x 1080 pixels) IPS display with a coating of Corning’s Gorilla Glass 5. Due to the waterdrop notch design on the front, the Note 7 has a 19.5:9 aspect ratio providing a bigger screen estate to users.

It is powered by Qualcomm Snapdragon 660 chipset with an octa-core Kryo 260 CPU and Adreno 512 as its GPU. This is backed by 3GB/4GB/6GB RAM and 32GB/64GB storage configurations. One of the major attractions of the phone is the rear 48MP camera sensor which is paired with a 5MP secondary camera which assists in depth-sensing. On the front, there’s a single 13MP camera for selfies.

The Note 7 has a fingerprint sensor on the back and a 4,000mAh battery which supports fast charging.

Social media remains a popular internet application, and is a powerful platform for connecting with family and friends, as well as finding like minded individuals across many topics. Dating back…

Popular VPN provider ExpressVPN has introduced a new server platform called TrustedServer, one which runs on system memory (Random Access Memory) without the need to have local storage (hard disk… 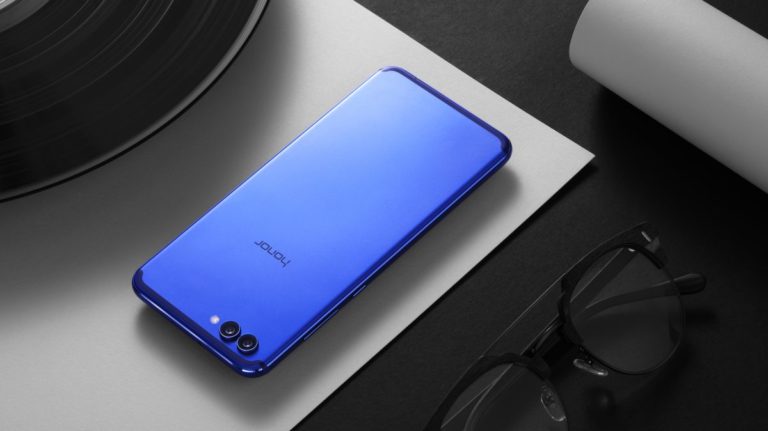 Honor has announced that it will launch a new flagship smartphone on January 22, 2019, with the Honor View 11 the most likely name for the new handset. The launch…

WordPress is a fantastic platform for building your own blog, portfolio, or ecommerce site. It’s packed with tools to help you create a professional-looking site and monitor its performance, and…